It goes without saying that the more words you put into a story the more effort it takes. You need to develop characters, each with their own story arc within an overarching plot. You need a narrative that gives you sustainable engagement. Having rattled an idea around in my mind for half a day I can happily rattle off a piece of flash fiction in a couple of hours. The stories on this page require investment in research, rewriting and crafting, emotional investment and more time. Hopefully they will reward your investment of 99p.

As part of my MA submissions to date I have had to submit a story each semester of around 5,000 words. Many of my cohort submitted the first 6,000 words of longer pieces but, at the start, I wanted to write something complete and self-contained. Having done so people told me they would happily rad more so I followed it up with another story you’ll find elsewhere on this site entitled BILLY BUBBLES’ MICHELIN STAR MONDAY.

My tutor feedback was that I nearly earned a distinction for this tale – but not quite. Being literary types, they didn’t like the football connection. I refused to take it out for the sake of a 12 year old character called Billy and footballing Mums everywhere.

My tutors did, however, like the first two paragraphs which they said ‘immediately grabbed their attention’. Here they are as a taster.

Interesting man Stanni, short for Stanislav. A refugee of sorts from Warsaw, he’s a polyglot – speaks five languages fluently and gets by in two more. At 2.08m tall he’s over 6’ 8” in old money. Dark haired, blue jawed and green-eyed, he’s thirty something with enormous feet.

He also has an extravagantly large penis. Only discovered that after I got to know him. But this slice-of-life of Stanni’s story rather pivots around it. 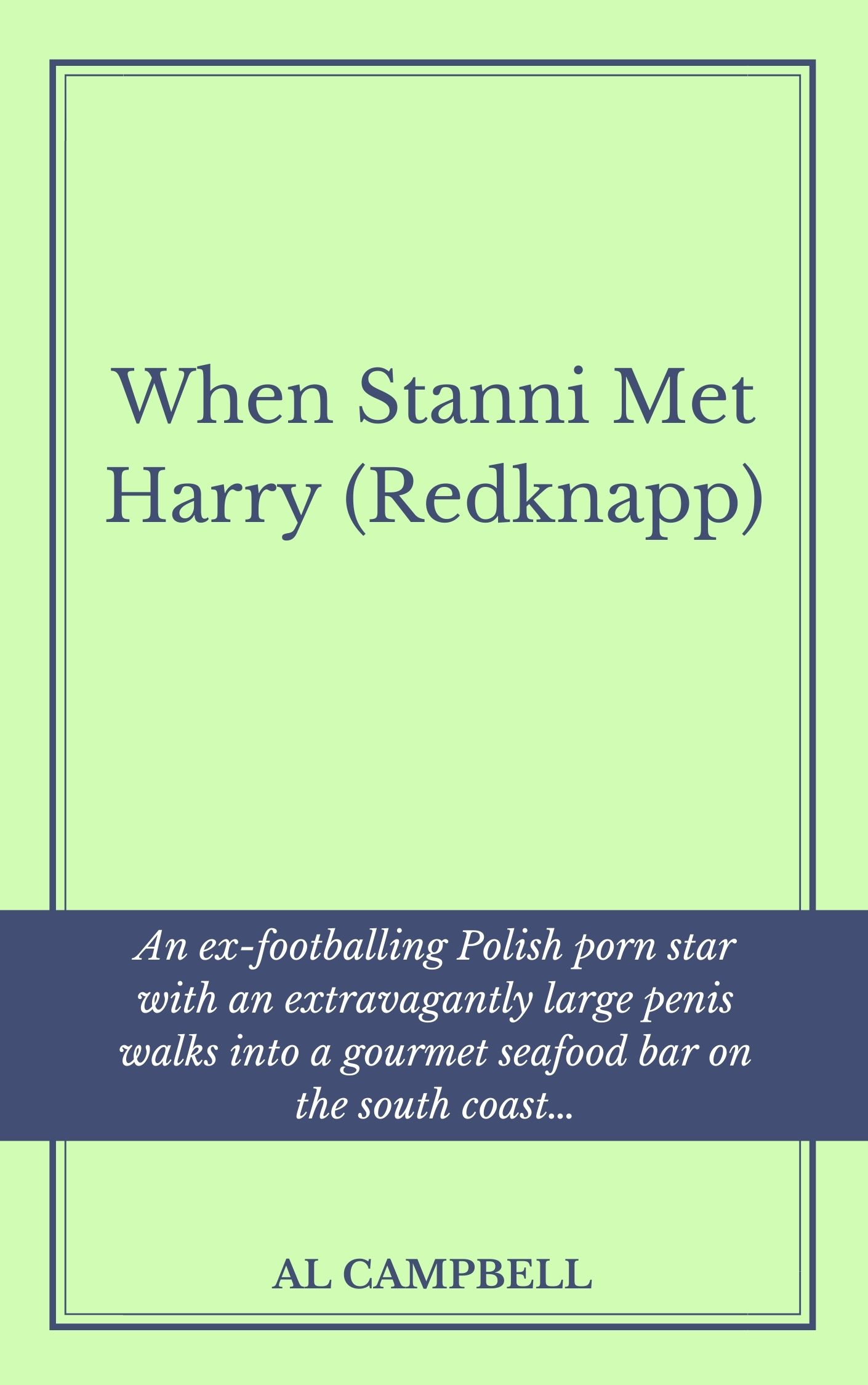 A Passion For Pork

In my professional copywriting life, I was briefed to produce a series of three pieces around the centenary of Armistice Day. As part of my research, I watched Peter Jackson’s film ‘They Shall Not Grow Old’ and became fascinated by the scenes of field kitchens, rations, cooking and supply trains. That led me to discover the Army Supply Corps – a battalion of unsung heroes who kept the troops fed and watered. At the same time I somehow came across the history of German pork butchers, or whom there were thousands in England pre-1914. I knew instinctively there was a story there, which crystalised one MA writing session out of nowhere (although around Armistice day) when we were asked to spend 10 minutes writing about somebody hearing bad news. For me it was about a father receiving news that his son had died in the trenches.

If you buy this story of 8,000 words, you’ll have to wait until the last couple of pages to see how that pans out. In the meantime here is a little bit of the intro to see if you’re interested. Quite a few people have said they think it’s the best thing I’ve written.

With the Military Service Act receiving Royal Assent on January 26th 1916 and the assertion that ‘every man was legally born a soldier’, my call-up papers duly arrived in the second week of March. Accordingly, at the age of 22, I toddled off to join-up at the Honourable Artillery Company barracks just down the road from my parent’s house in Hoxton Square.

It was a menagerie of men. Lads I’d grown up with in Shoreditch and men I had a nodding acquaintance with around Smithfield. Get in line, shuffle forward, sit down, sign on, repeat.

My turn came. I shuffled forward, sat down, and gave the recruiting Sergeant my papers. He didn’t look up.

It was Jacques Dubois, but I’d got used to it.

‘You don’t spell Jack that like that lad?’ he continued.

‘It’s French Sergeant.’ I’d got used to saying that too. ‘My father’s French.’

He looked at me for the first time, put down my papers and stood up.

I wasn’t going anywhere. He crossed the room to an officer standing in the corner, saluted, said something and pointed at me. They walked back to where I was sitting.

The officer checked my papers.

‘Dubois, is it?’ He pronounced it correctly.

‘A butcher eh? Doubly interesting.’ He raised an inquisitive brow. ‘Speak any other languages?’

‘German,’ I mumbled. It wasn’t a language that won popularity contests in 1916. 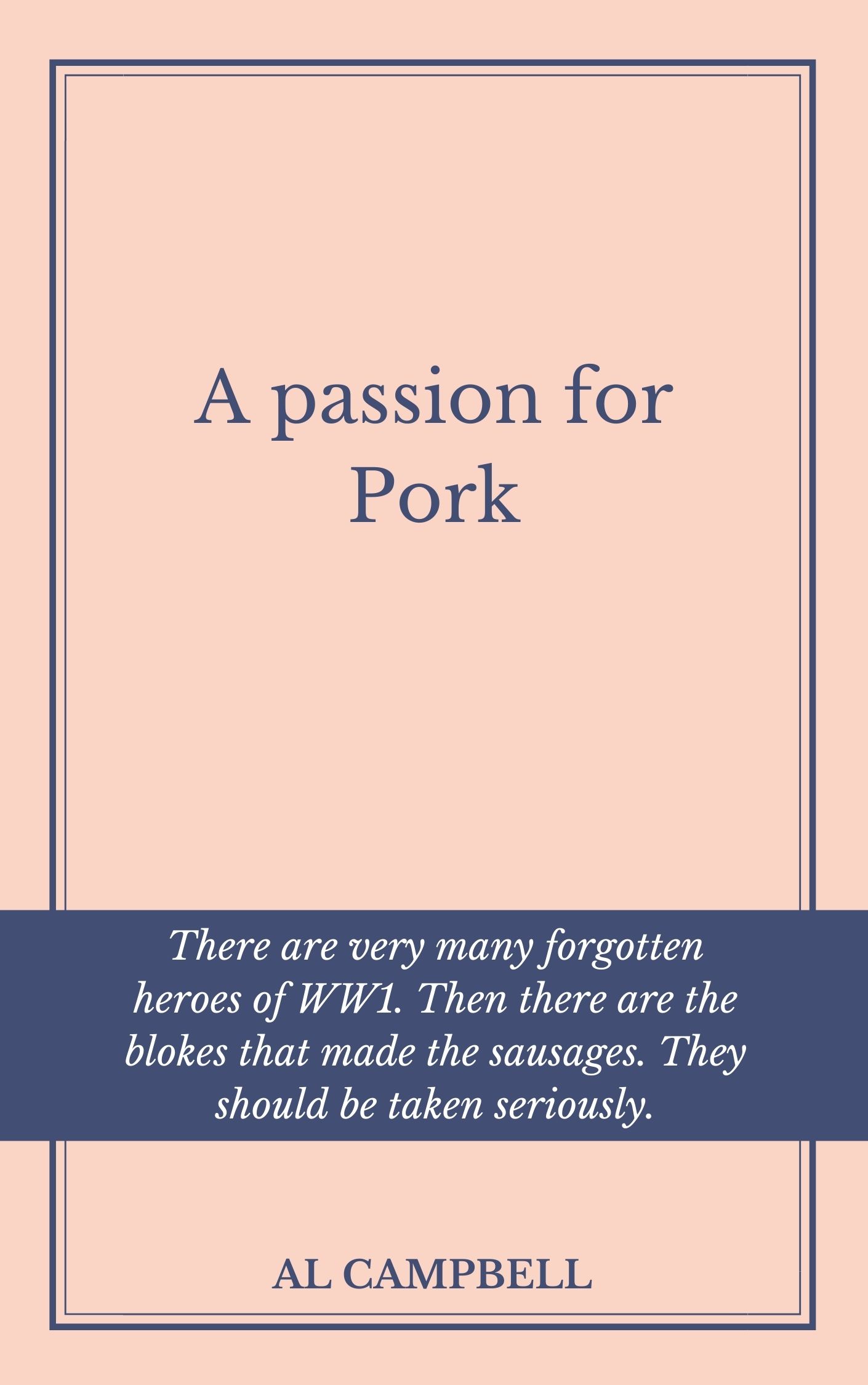